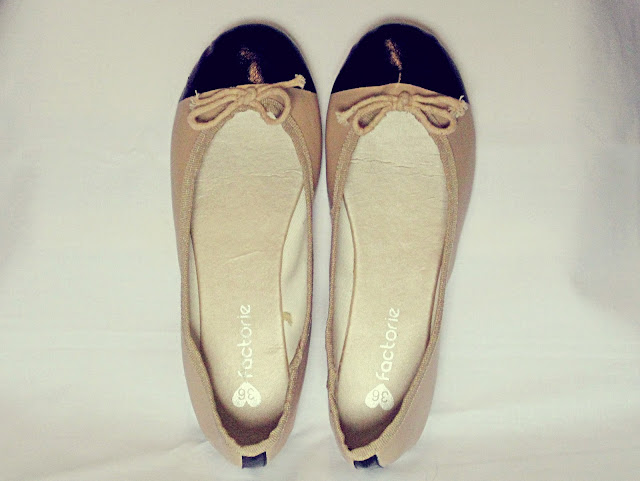 This DIY project really makes me want to LOL. I don't usually type LOL on the internet, but this time, I really have to because it's exactly what I was doing while working on this DIY project. 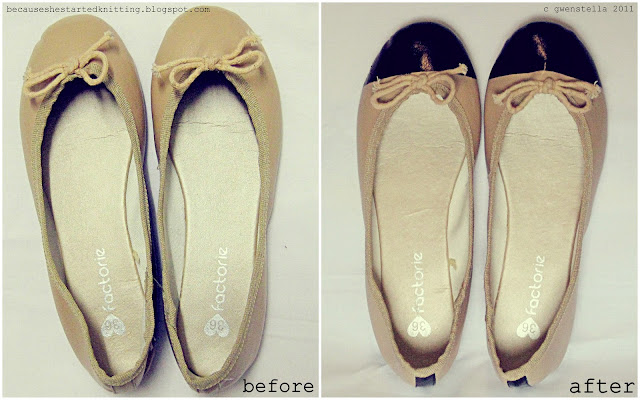 I bought this pair of nude/beige ballet flats at an outlet shop for just $2 yesterday. Yes, $2, just $2! I was really lucky because this was the last pair for my size! But, when I tried it on, it was TOO PLAIN for my liking and I decided to do a DIY with it. For some reason, the image of the classic Chanel two-tone ballet flats immediately came to my mind. So, I grabbed some sticky tape and my trusty black Sharpie, and this baby was completed in less than half an hour.

I wouldn't normally DIY a pair of shoes because, let's face it - they wear out and they are NOT CHEAP. But hey, this pair of flats only cost me $2 and the DIY is as easy as doing 'Colour By Numbers'. So, with nothing to lose, I took a leap of faith and got on to put my idea into action (which, by the way, is something I should do a lot more often).
I'm not sure if it's the (shameless) idea of the project itself, my courage to do something like this, or the smell from my black Sharpie, but I was literally giggling to myself while making this. So, I hope you'll have fun too! 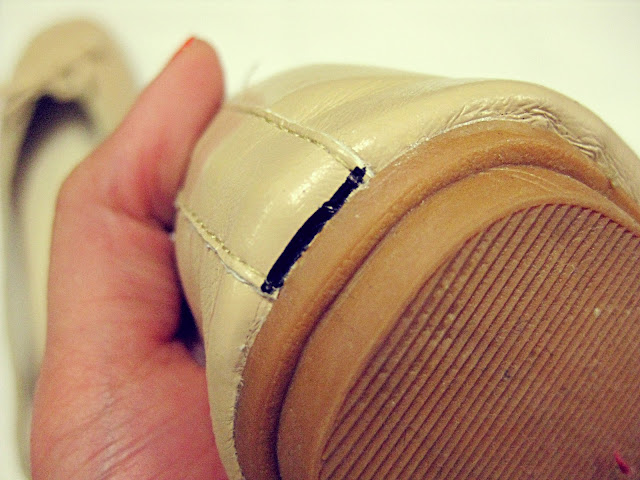 1. First and foremost, test an area of the shoe with the black Sharpie. I know Sharpie is supposed to work on  virtually all surfaces, but it's better to play it safe. I tested my Sharpie on the under side of the flats to make sure that the ink comes out really black and stays permanent when dried! 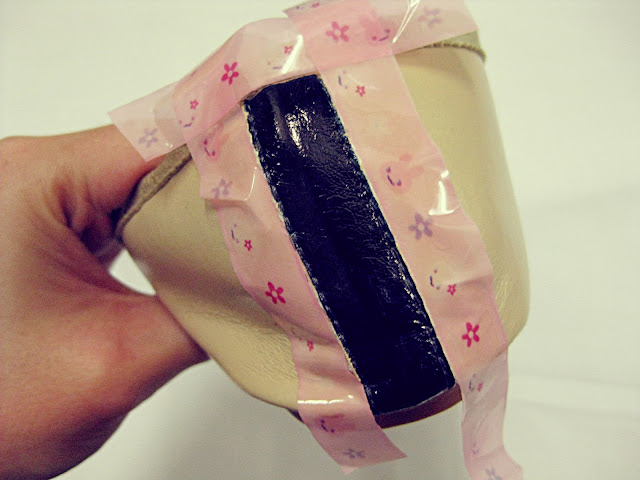 2. Put sticky tape at the back of the flats as shown in the picture and colour the strip at the back with your black Sharpie. Do this for both flats. 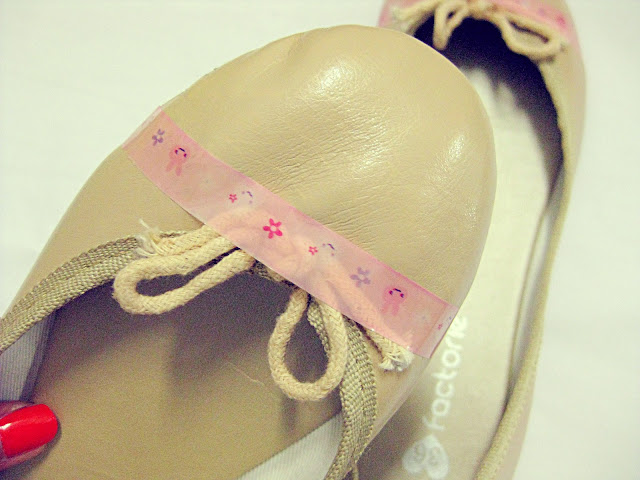 3. Put sticky tape across the front of the flats, and make sure that both left and right side matches!! Then, colour the top of the flats with black Sharpie. 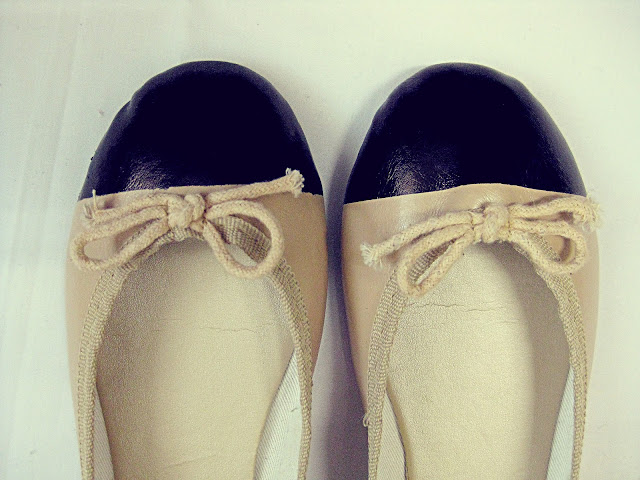 4. If your flats didn't come with a nude/beige bow, you can make one of your own and then stick it to the flats to complete the Chanel look. I was lucky that my shoes already came with the nude bows! :)

There you go. That's all. Wasn't that simple??? 
Image of the Chanel flats from here
Inspiration board created using my Polyvore account here
Image of the Malayan Tapir, which, by the way, is in the danger of extinction, is from here
Crafted by gwenstella at 2:00 PM
Labels: Chanel, DIY FASHION, DIY INSPIRATION, I MADE THIS, shoes, TUTORIALS

looks more fun after your diy! :)

you're super cute.. even the tape you use is cute! Lol

awwww! so clever!!! that tapir is kinda creepy. haha.