And so it's finally done! 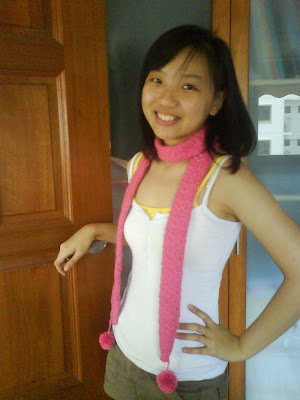 Actually I finished the scarf about more than a week ago but I just simply never got to blog about it.

So, this is it. My first official project, my pride and joy, the one that is going to set the standards for future projects! 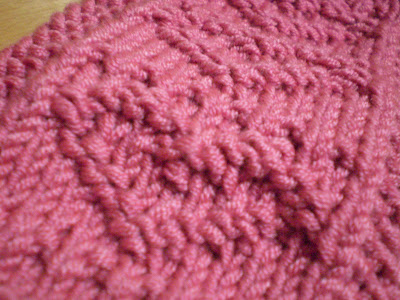 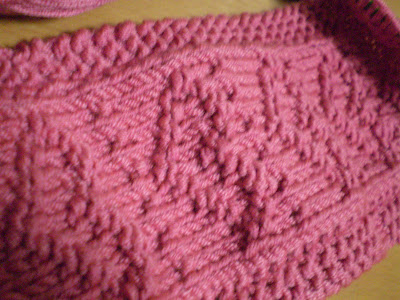 I added those cute, mini pom-poms at the end of each edge which really increased the attractiveness of the scarf. As the scarf is not exactly very long, only 1 ball of yarn is used to knit the scarf (excluding the pom-poms). So this leaves me with 3 extra balls of yarn (=.=). But luckily, I had plans to make a matching hat.

The scarf wasn't supposed to be this skinny(as can be seen from the first post), but the pattern made the sides fold in such that the scarf became half the breadth but double the original thickness. I'm not sure if I can block the scarf because I used a 100% acrylic yarn. Oh well, but I think that it's a blessing in disguise because this makes the scarf warmer and looks nicer!

So here goes, the pattern for Young Hearts Scarf:

Continue knitting until you have reached half of your desired length for the scarf, then:

*note that it is actually just the reverse of the previous pattern. this is to make sure that your hearts will not be facing upside down when you wind your scarf around your neck 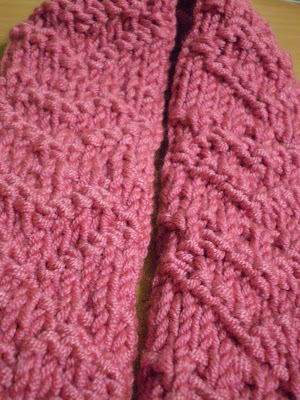 Notice how the hearts are actually still right-side up even though I folded the scarf?

*pom-poms are optional. but for those interested in adding them, you can find instructions for making pom-poms here 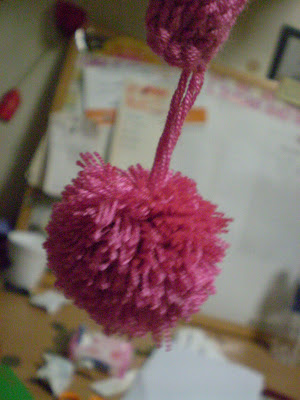