Finally! I’ve been so busy over the weekend because of assignments. They are not major assignments, but I’m a silly perfectionist when it comes to school work.

Now, as I have promised, the scarf refashioned from one XL Men’s tee! I got the XL Men’s tee from a discount store for just $2. The scarf was inspired by the Knotted Loop Scarf by Country Road. It costs 69.95AUD! (-_-x) 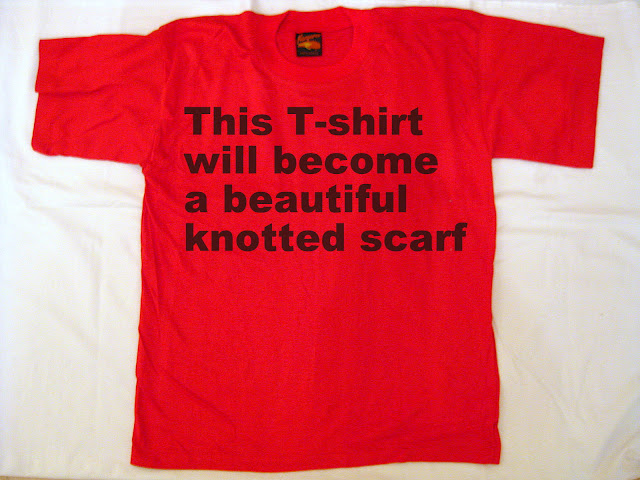 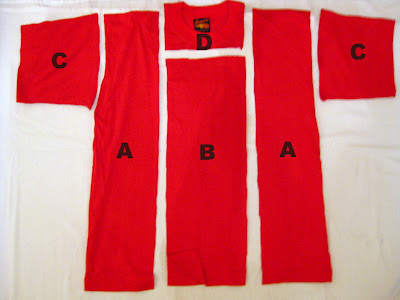 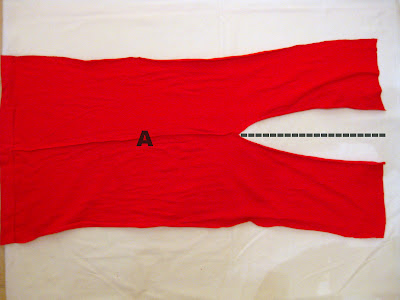 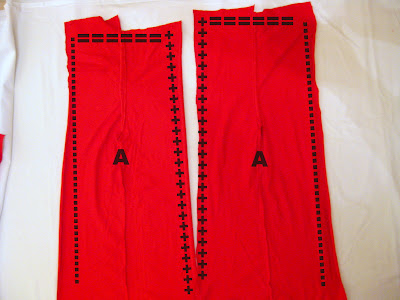 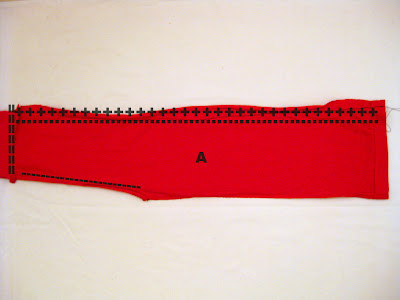 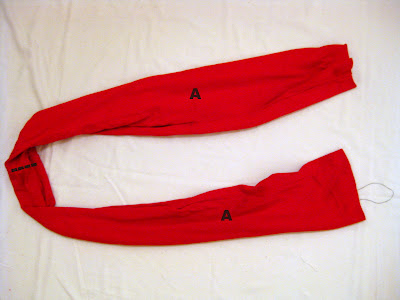 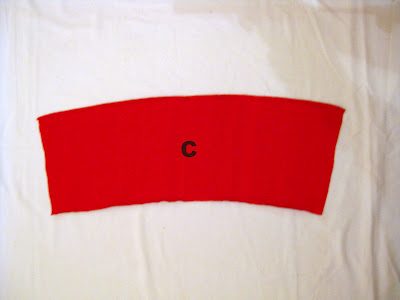 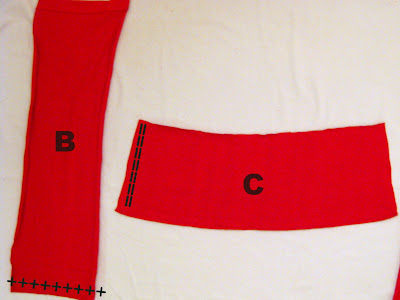 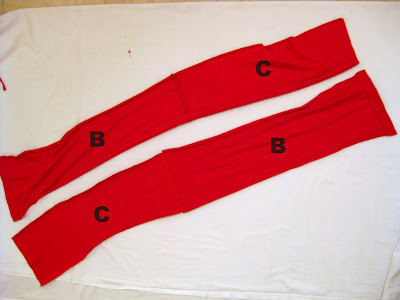 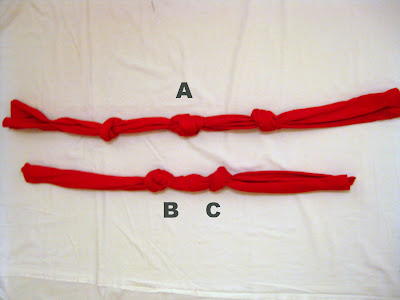 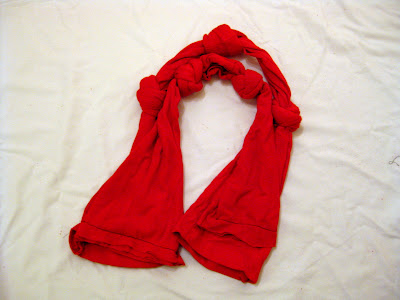 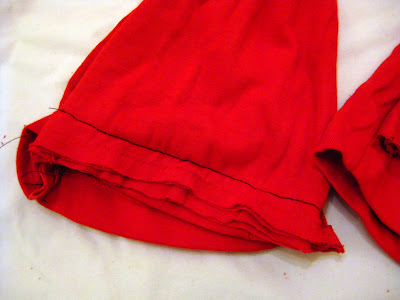 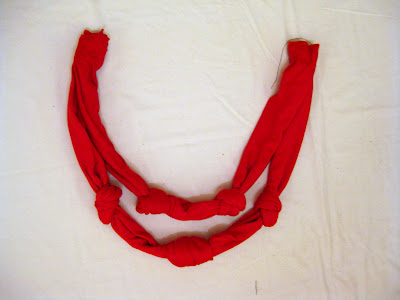 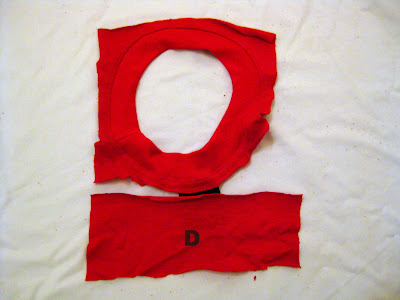 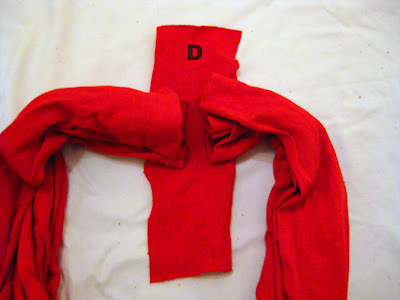 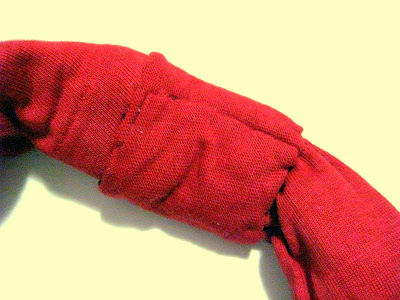 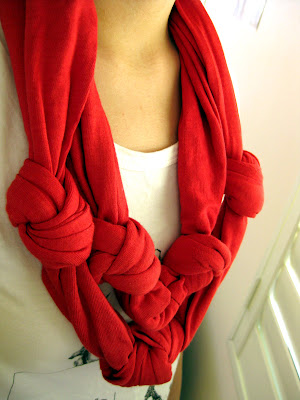 I really have to apologise for the confusing steps. It’s hard to describe everything that I did because I did most of my thinking as I was cutting and sewing all those ends together. Please don’t curse and swear if you don’t understand any one these steps! Pop a message in the comments section instead and I will try to reply ASAP! :) 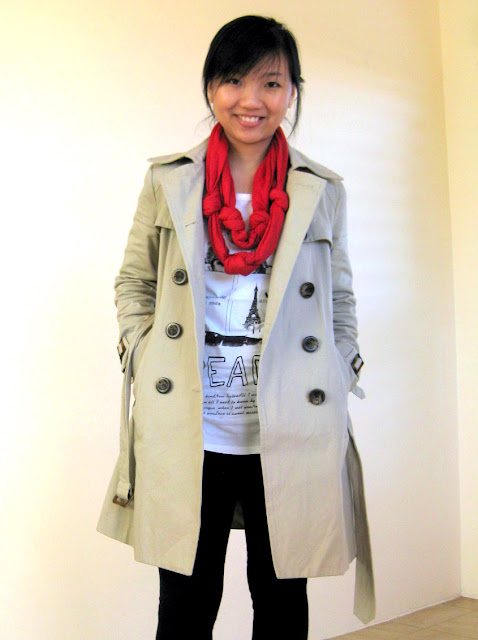 Yayy! So this is the tutorial for the week! What do you guys think? I think my friend would really like it. :D
Crafted by gwenstella at 12:16 AM
Labels: DIY FASHION, FASHION, I MADE THIS, reconstruct, refashion, scarf, sew, sewing, SEWN, t-shirt, TUTORIALS, upcycle

I love this...do I have your permission to blog about this and use the first photo? I looked for an email for you and couldn't find one. My email is on my website...top right.
Mary

I absolutley love this! its so....chic. love love love it!
thanks for sharing :)

I'd love it if you'd visit my blog
http://www.theperfectpearpair.blogspot.com

This is so cute!! it looks exactly like the one thepicture!! and it looks fAB on you especially against the neutrals :)

what a fantastic idea! i love your blog :)

So I made this necklace/scarf and I posted it on my blog :) go check it out!
xoxo
L
http://theperfectpearpair.blogspot.com/2010/09/feather-pen-cozy-diy-look-what-i-made.html

thank you everyone! i'm so glad that you guys like this project! :)

Great idea!Thank you for it!

Oh, thank you for sharing, now my husband's t shirt won't last long enough before it hits the scissors....

LOVE IT! do you get a zillion compliments on it? I bet you do! =)

I made 2 for my nieces. One was really long and the other short, but they seemed to really like them. Will send pics as soon as I get them.
While I was making them, I got really confused with the b and c cuts and seams. Now that I see the pics again it makes sense.
Thanx for the pattern!!!!
Will be making one for me soon!