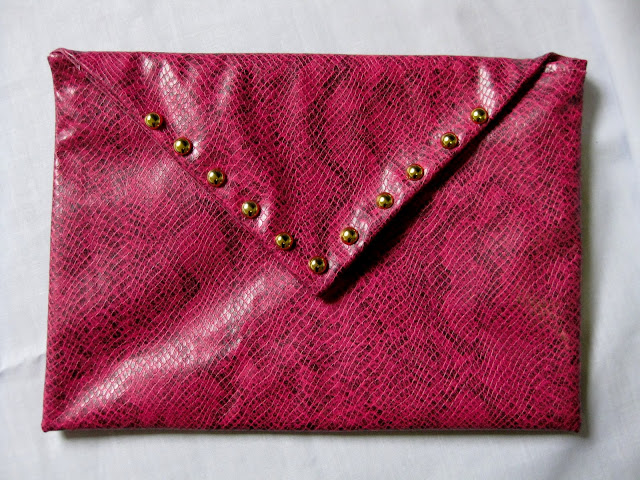 All right, enough with the suspense! Here it is! This is the DIY clutch that I have hinting about in the previous 2 posts. I'm so happy that I finally completed this project, after planning it for a year. Maybe I am exaggerating, but I got the idea of making a snakeskin clutch a year ago. That was when I bought the pink snakeskin skirt in a thrift shop for just $4. This year, I finally got down to finalising the design that I want for the clutch and putting my plan into action. 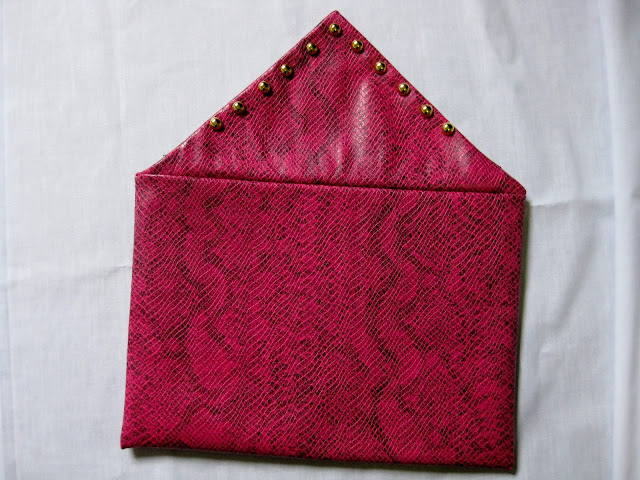 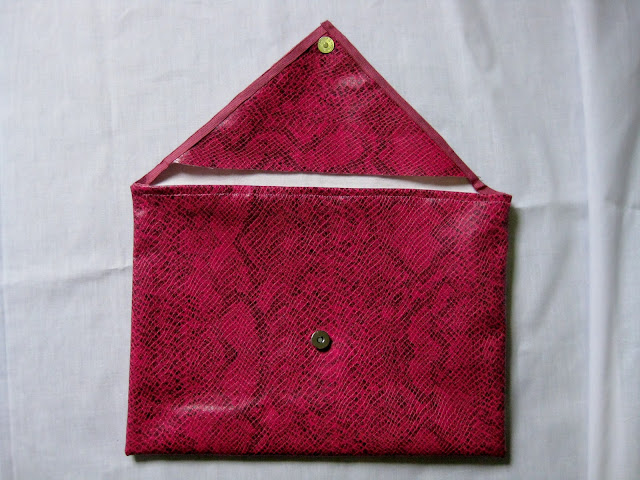 I have to say that I am a little disappointed in the end-product. Firstly, the clutch is smaller than what I initially wanted because I realised that the skirt is not as big as I originally thought. Secondly, there are some flaws here and there due to my amateur sewing skills. Moral of the story: DRAW A CUTTING DRAFT NEXT TIME.

Nevertheless, I am still proud of it (am I contradicting myself?) because it is, after all, my baby. :)

I planned on writing a tutorial but then the sewing process simply got really complicated as I tried to figure out a way to cut the pieces and sew them properly together. So, there's no real tutorial but I took many pictures of the process. Hopefully the pictures will be able to give you an idea of what to do/what I did! :)

So.... that's all I have to say for now. What do you think of the clutch? :D
Crafted by gwenstella at 7:18 PM
Labels: DIY FASHION, I MADE THIS, sew, sewing, SEWN

wow, this is fantastic!

Love this tutorial! It looks great.